Corey Henderson, Video Editor and Skateboarder, shares his experiences skateboarding in Europe. He also has some great points and ideas about making room for skateboarding in public spaces.

Corey has been been skateboarding for 17 years. I’m happy to share his thoughts in our first blog!
–M. Sylvia Castle CAS web editor

I grew up in Oak Park. I really liked watching skateboarding videos filmed overseas. It’s two things I love…skateboarding and film. In Europe, skateboarding is more accepted in public spaces. I wanted to share what I’ve seen and also share a vision.

While a student at Columbia College here in Chicago, I had the opportunity to visit the legendary city of Barcelona. I got to study abroad and to skateboard for 4 months. I have been back and forth many times over the past 5 years. 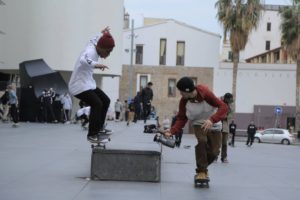 I was surprised to see the Barcelona Museum of Contemporary Art (MACBA), allows skateboarding in part of plaza while the museum is open! Also, when the museum is closed, you’ re allowed to skateboard around the entire plaza until 9PM. 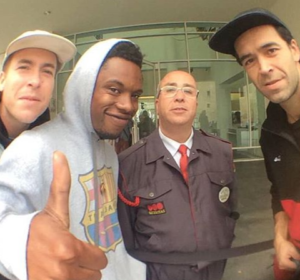 Security is there to make sure things don’t out of hand. The police arrive to close the park at closing. Anyone who lingers gets a small ($15-30) ticket. The neighbors have to sleep!

The skaters respect the security guards and the pedestrians. The skaters value their resource and keep the place clean. They also knew if skateboarders didn’t treat the place, pedestrians, security and each other with respect, the privilege of skating in plaza would be gone.

It is this simple and civil solution that creates an amazing space where timeless memories and friendships are made. You can also see some of the best skateboard maneuvers on the planet. Skateboarding, people lingering in the park, and some of the world’s most important works of contemporary art co-exist in this space. 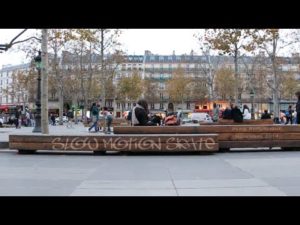 I have visited France, too. Paris welcomes skateboarding in a thoughtful and encouraging way. In 2013 the city eliminated the awful roundabout that encircled the Plaza Republique. The goal was to create a pedestrian friendly plaza.  Paris integrated skateboarding obstacles, and lots of open smooth space. Copenhagen and Berlin are also skateboard destinations.

The MACABA attracts people from all over the world. Some fall in love Barcelona, too and stay. Falling in love with Paris is so classic it is a cliche. Many people live in each city primarily because of the amazing creative and street culture. The same migration applies to Chicago. Barcelona and Paris are also internationally known for open and public spaces designed for both skateboarders and pedestrians. Both cities prove that thoughtful integration encourages interaction. 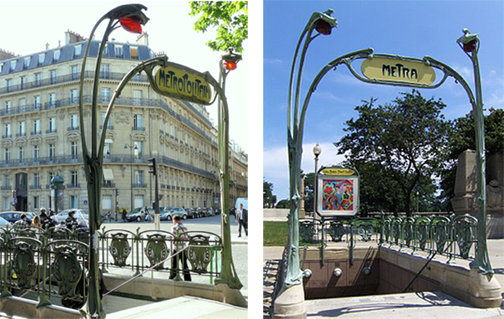 Chicago, Barcelona and Paris are all cultural icons of their respective countries. Paris is one of our Sister Cities. The idea for the Divvy bike share program came from a mayor’s visit to Paris. Like Barcelona and Paris, people come here from all over the world to experience our creative and street culture. So why not have this type of public space use here?

Imagine the tourist appeal of an open, public environment designed for both artistic expression and relaxation. It would make the Chicago experience unique and add even more color to a visit. Accommodating skateboard space in public areas can really change the relationship between most people and skateboarding, in and outside of the skateparks. 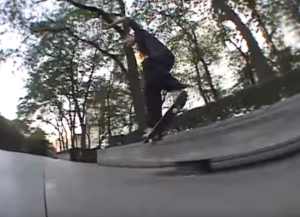 In the past decade, the Museum of Contemporary Art and The Art Institute have allowed limited skateboarding during closed hours.  Those privileges were a blessing and the skate community would work hard to keep them if ever granted again.

Chicago is already on the path of creating a more integrated urban environment. Including skateboarding in that initiative will benefit many people. I could also help combat some of the violence here. I have personally witnessed what skateboarding can do for young people who need a direction. The physical and emotional benefits literally take people out of harm’s way. Young lives have been saved. Young people need outlets and creative ways to use their time, especially during the summer. 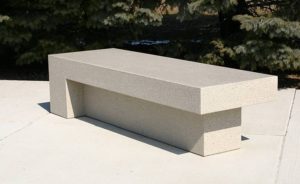 Small steps would give people a taste of the sport, and a better idea of how it fits. There could be designated, well-publicized and organized skate time at public areas. It could become a neighborhood feature and help build community and identity. Skateable areas do not have to be giant spaces, either.  This simple bench is less than $1,000 and can a small part of a park into skateable space.

Schools can be ideal for this treatment. A big part of STEM is physics and what is skateboarding but physics, engineering and a bit of meteorology, too? Also, school property often has set-back space–away from homes and the street–so noise and traffic are less of a problem. Roberto Clemente High School just needs a little buffing and some obstacles to be the perfect example of what a neighborhood skate destination can be. With a little investment, places like this can help Chicago become a wheeled-sports destination.

Benefits for the city overall could include the growth of an international skateboard hub. Parks across the city could showcase our individual neighborhoods. It could also curtail the human exodus we are experiencing. If people have jobs and places to play nearby they will stay. 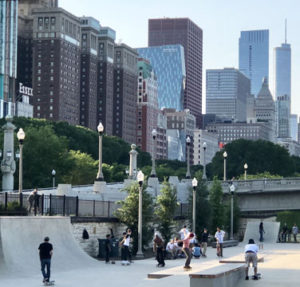 Chicago Park District has six skateparks scattered throughout the city. More are coming. Chicago Action Sports provides these services through their GoGrind clinics and, for the first time this summer, week-long skate camps.

Skateboarding deserves a chance to grow into it’s rightful place in the Chicago cultural landscape. It brings health and fitness and community and commerce. It is not expensive, from a infrastructure or equipment standpoint. It is inclusive. It changes young lives for the better. The benefits last a lifetime.

This is the time to do it, especially now that skateboarding is making its Olympic debut next summer in Tokyo.

I would be happy to talk to anyone who would like to know more.I hope I planted a seed. Get in touch with me!
Corey Henderson